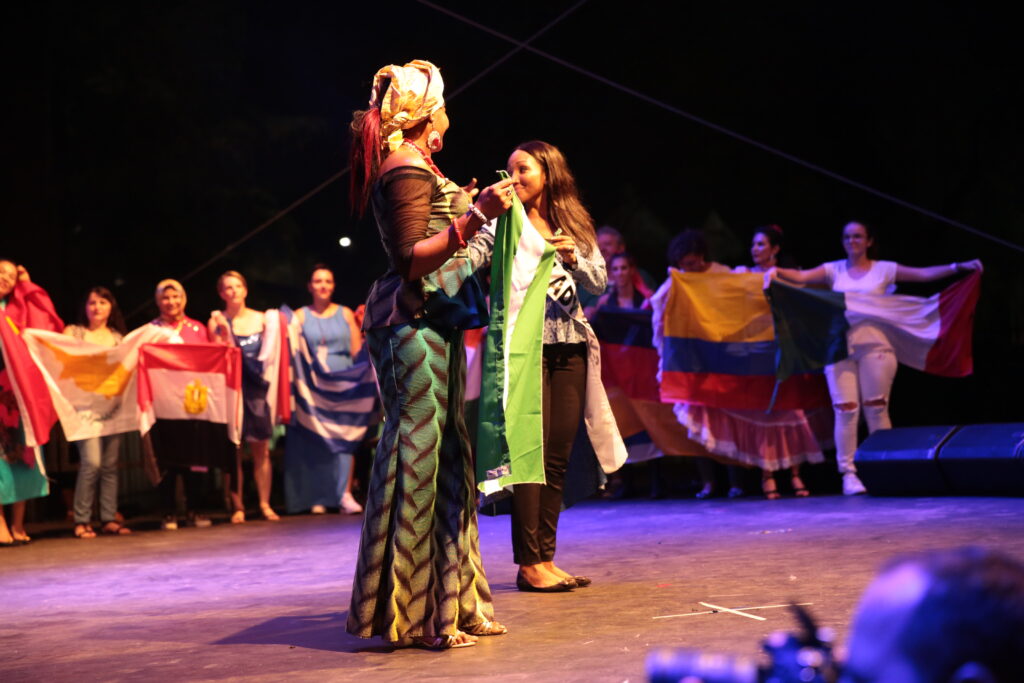 The journey was led by Thato Mulligan-Mabutho and stopped over in 29 countries.

We raised an amazing amount of N36million and 31 charities benefited from the money raised. This was our 25th event and our silver anniversary.  It was a great event, with 29 countries/groups participating.  We revisited the 24 previous events and raised the amazing sum of N39million Naira, which was distributed to 31 charities and 1 Covid Charity.

In the past, the ladies who participated in Small World have often expressed the intention to host a similar event for and by the children in order to inculcate in them the value of charity at a young age.  Inspired by these wonderful and hardworking ladies, we all decided to stage a yearly event, and with great thanks to our sponsors and donors, we were able to sustain the event over the years and also give our young guest a goodie bag, filled with goodies at the end of the event. Since we are under the umbrella of Small World, we follow their theme every year.

We hosted our first event at the Eko Hotel, VI, Lagos

Our hope was to get the children to start thinking more about our environment. We had 11 performances on stage. 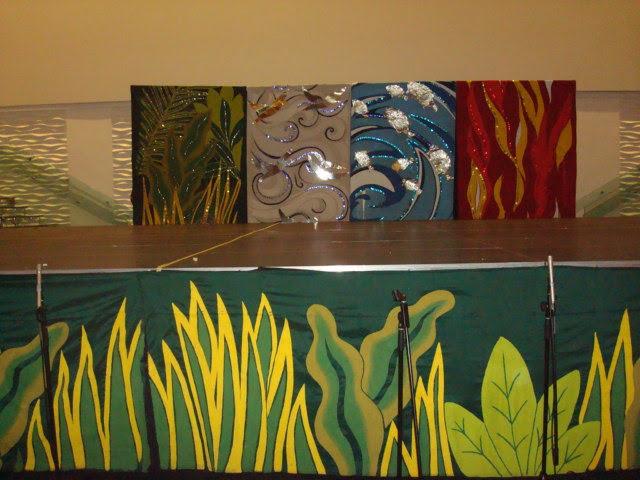 The event was once again held at the Eko Hotel.

We had 9 stage performances. Again the 3rd event was hosted at the Eko Hotel and was attended by 1,100 guests and 13 amazing performances on stage.  By now we had 11 sponsors.

N3million was raised for Charity. 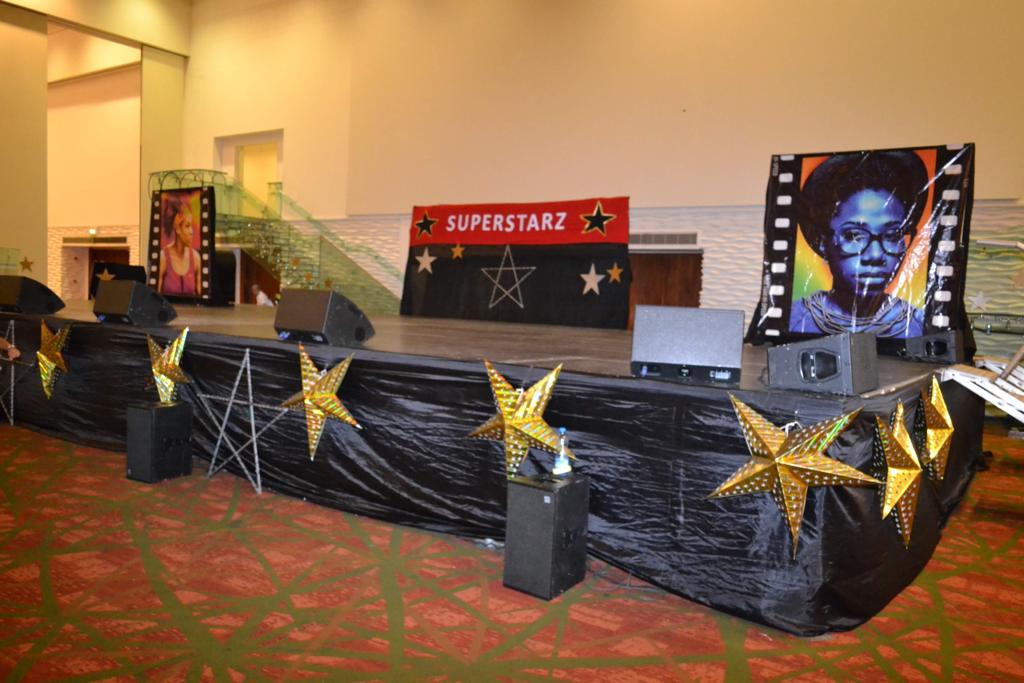 Due to unforeseen circumstances, we had to move the venue.  We were lucky that the Lagos Oriental Hotel, VI was extremely generous and allowed us to use the Grand Ballroom free of charge.

We had an outstanding number of 15 performances for almost 1,300 guests and raised an amazing N4.6million for charity. 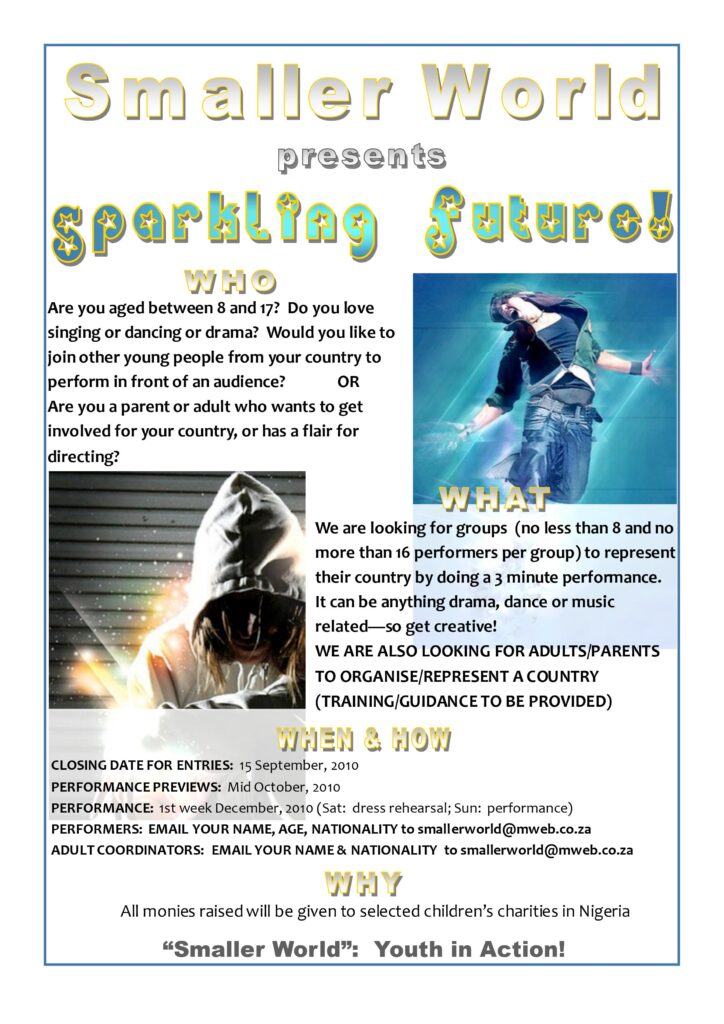 This was the 5th anniversary of Smaller World and despite the challenges Nigeria faced with Ebola and the election, we had 12 performances on stage and raised N3million.

The event was held again at the Lagos Oriental Hotel Grand Ball Room.

A celebration of our vibrant cultures by 15 countries.  The event was held again at the Lagos Oriental Hotel Grand Ball Room again.  We were happy to raise N4million. This was the 7th Smaller World event and children from 14 countries took us through a magical journey with amazing fairy tales from their different cultures, bringing alive their dreams in the Grand Ballroom of the Lagos Oriental Hotel.  In the difficult financial situation of the country, the event would not have become a reality without the staunch support of our sponsors and we raise an amazing N4.6million for our charities. Twelve countries participated and each of them chose a theme from the previous seven years to celebrate on stage.  Once again it was hosted at the Grand Ballroom of the Lagos Oriental Hotel and we raised N3.6million for charity. 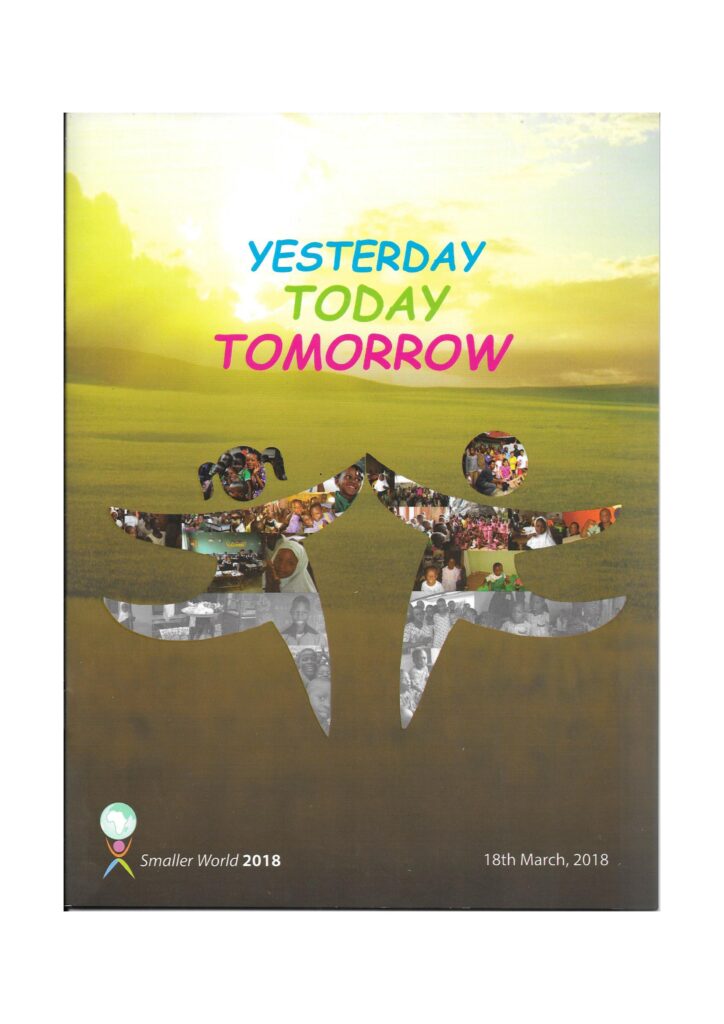 Celebrating our 9th anniversary, we decided to take a Trip Around the World.  Our flight took off from the Grand Ballroom of the Lagos Oriental Hotel with 1200 passengers on board.  We stopped over in 11countries all over the world and despite the bumpy flight because of the Nigerian elections, our flight landed safely back at our take-off point, thanks to our generous 15 sponsors and with an amazing amount of N4.8million for charity. 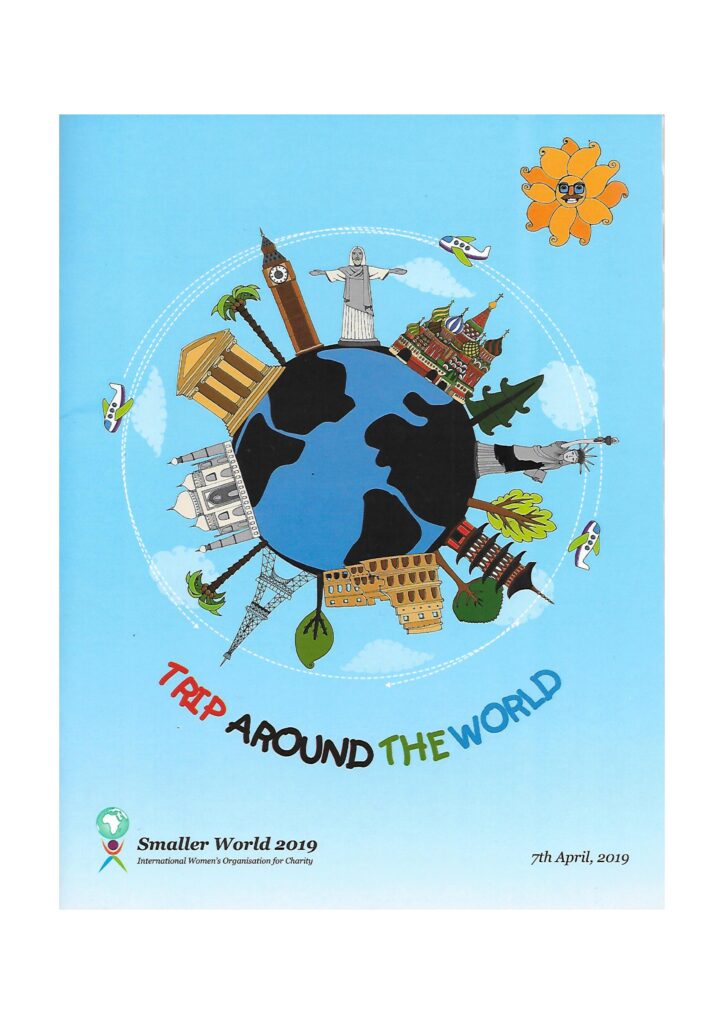 We had planned a great event for this year.  Unfortunately, Covid-19 reared its ugly head and we had to cancel the event.  Some of our sponsors allowed us to keep the donations in cash (for the next event) and kind (perishables) for distributions to needy charities.  The non-perishable items we were allowed to keep, will go into the goodie bags for the next event.  As the event was not held, we did not raise money for Charity; however, we donated N250,000 to a Covid-19 charity. 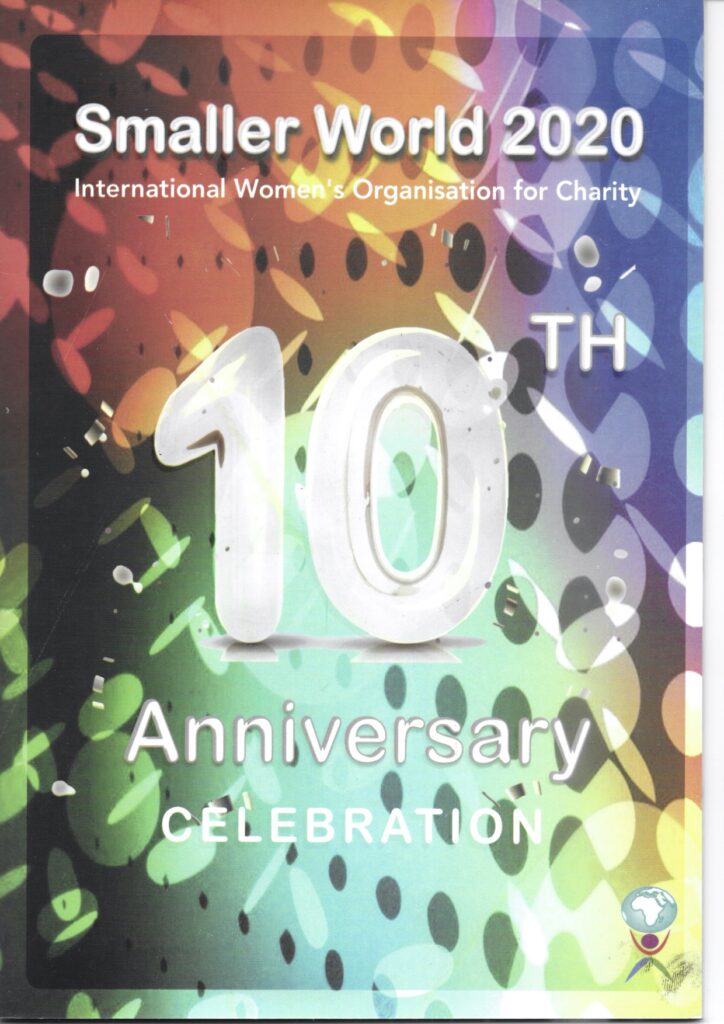